Day digs out Tiger for wearing 'MC Hammer' pants in '04

We think they're still friends... 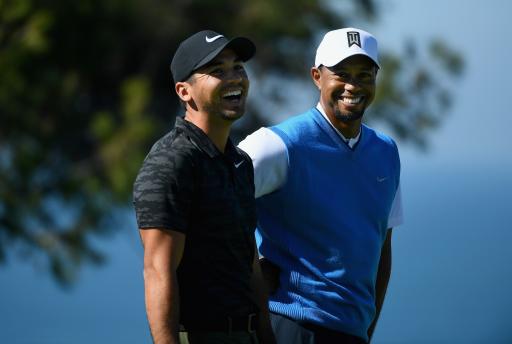 The Jason Day Tiger/Woods bromance is bubbling, with the Aussie digging Big Cat out for wearing “MC Hammer” pants in the 2004 US.

Tiger was a fan of the baggy pant look for much of his early career, eventually transitioning to the more fitted appearance we see today.

"I texted him the other day,” Jason said. “I sent him a picture of him at this event in 2004, and he had like, it looked like MC Hammer pants on.

"And I'm like, 'Hey man, look at these pants. That's terrible.’ He had pleats on them and everything! Like the old-school stuff.