A golf pro is facing "a long prison sentence" after being convicted of fraud at Royal Winchester Golf Club in Hampshire. 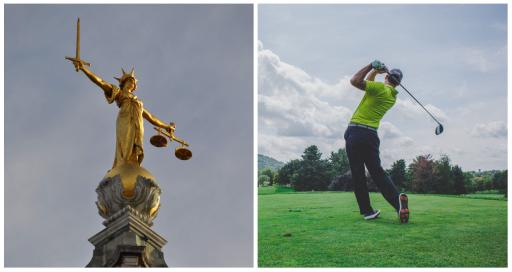 A “misleading, false and deceptive” head pro at an historic course has been warned he faces a long prison sentence after being convicted of defrauding his club out of £110,000.

Steven Hunter, who was the head professional at Royal Winchester Golf Club in Hampshire, under-declared green fee money that was paid by visitors and kept the difference for himself.

The Times report that during the four-week trial, the Scottish pro was caught out after club stuff discovered “consistent discrepancies” so then further examined their records.

Prosecutors told a jury at Salisbury Crown Court that £44,174 was owed based on the club visitor book but club officials believed that Hunter pocketed £110,000 between June 2013 and June 2018.

Hunter’s defence was that he had simply got his maths wrong but a jury found him guilty of four counts of fraud.

Judge Andrew Barnett warned him he faced the “overwhelming likelihood there will be a long prison sentence”.

The disgraced pro, 54, had been working there the late 1980s and ran his business Steven Hunter Golf Shops limited through the club shop.

Concerns were raised in 2018 when the club manager, Stuart Dubber, noticed green fees that were taken were different to Hunter declared.

Tom Nicholson, prosecuting, told the jury Hunter “abused his position” and was “misleading, false and deceptive”.

Hunter, of Abbots Worthy, Winchester, denied but was convicted of four counts of fraud.

He will be sentenced next month.