WATCH: Rory McIlroy makes an 8 (!) on a par-4 at Travelers Championship

Rory McIlroy made a quadruple bogey for the sixth time in his PGA Tour career at the Travelers Championship. 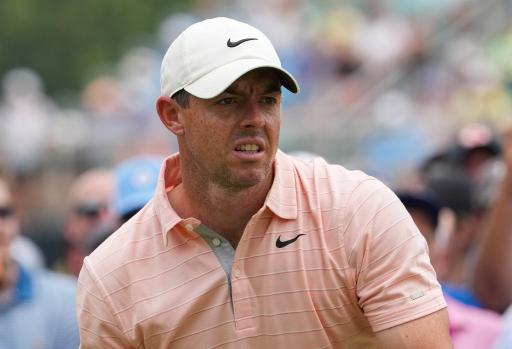 Here is a sentence we did not expect to write this week: Rory McIlroy just made an 8 (!) on a par-4.

That’s right. The Northern Irishman made a devastating quadruple bogey.

Just how McIlroy managed it we will never know, especially considering the form he has been in of late.

This is who Rory McIlroy is. Nobody makes golf look so easy. And nobody makes it look so hard.

McIlroy, 33, was playing in the second round of the Travelers Championship on the PGA Tour at TPC River Highlands when all of this unfolded.

In the earlier part of the day, McIlroy and Xander Schauffele were duking it out on the front nine. They were pouring in birdie putts left, right and centre. It was box office stuff.

McIlroy, at 13-under par for the championship, had a one-stroke lead over the American Schauffele by the time they got to No. 12.

The hole he was playing was only 390 yards. Just a driver and a wedge for McIlroy?

Who knew it could cause such devastation?

By the time McIlroy walked off the green he looked more than a little bit flustered and all of a sudden, he was three strokes behind.

McIroy’s troubles began with his tee shot. He snap hooked it so far left. It was left of left. He came up and out of his third shot off the tee and sprayed it out right.

Then, playing his fourth shot, he sent his approach to the back left bunker. We were still not done. Not by a long shot. McIlroy splashed his bunker shot straight over the pin and left himself short-sided with barely any green to work with.

The next shot? A straight up duff. He whiffed that thing so bad. By the time he had reached the putting surface he was putting for a quadruple bogey from just inside three feet.

When he tapped in, it was just the sixth time in his PGA Tour career that he had carded such a score.

Of course, McIlroy has still got time on his side to get himself back into the championship as he searches for his 22nd PGA Tour victory.

But that was tough to watch.