DeChambeau going to spend week off working on his "oxygen depletion"

Bryson DeChambeau continues to amaze with his passion for physics and air density. 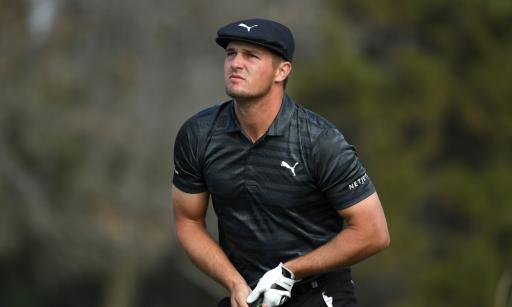 Bryson DeChambeau admits he's going to spend next week working on his "oxygen depletion" in Colorado before he heads into the season-ending Tour Championship as the FedEx Cup leader.

DeChambeau is well off the pace at this week's BMW Championship but has raced to the front in the FedEx Cup following consecutive wins at The Northern Trust and Dell Technologies Championship.

But should we really surprised by the man widely known on Tour as 'The Scientist' for his passion of physics, maths and air density?!

What exactly DeChambeau means by "oxygen depletion" remains open for debate, but reports suggest the US Ryder Cup debutant will spend next week in high altitude engaging in what's known as "hypoxia training."

DeChambeau has recently discussed the importance of "brain training" and slowly down his breathing and subsequently his heart rate, which presumably allows him to execute better under pressure.

Rory McIlroy has been spotted doing something similar when using an oxygen mask while running.

"It's a legal performance-enhancer," said Dr. Ara Suppiah, who consults with a number of professional golfers.

"It increases endurance because the oxygen-extracting capacity in the muscles goes up. You don't produce lactic acid as much in those muscles, and when you do, that burning feeling dissipates much quicker."