Does THIS count as an actual golf shot? Here's the official verdict!

Lady golfer has a mare with her tee shot - but does it count as a stroke and what happens next? 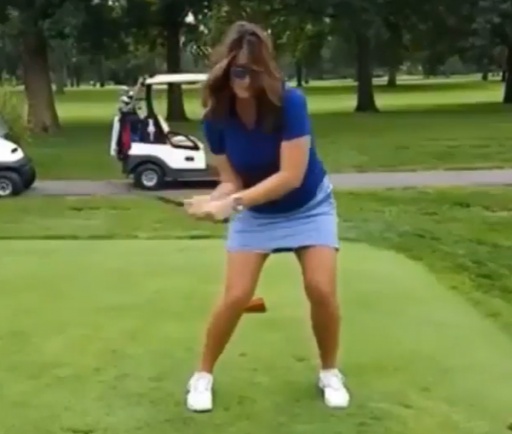 Our friends over at Golf Rules Questions posted an interesting video of a lady golfer going right under her ball with her tee shot recently - but does it count as an actual strike?

According to GRQ, yes - but there is some good news for the golfer in question. Read below to learn more:

"They will now be playing their second shot from there. This falls under Rule 6.2 in the Rules of Golf."

a - When Teeing Area Rules Apply

The teeing area Rules in Rule 6.2b apply whenever a player is required or allowed to play a ball from the teeing area. This includes when:

This Rule applies only to the teeing area the player must play from in starting the hole he or she is playing, not to any other teeing locations on the course (whether on the same hole or a different hole).

DIAGRAM 6.2b: WHEN BALL IS IN TEEING AREA

(2) Ball May Be Teed or Played from Ground. The ball must be played from either:

For purposes of this Rule, the “ground” includes sand or other natural materials put in place to set the tee or ball on.

The player must not make a stroke at a ball on a non-conforming tee or a ball teed in a way not allowed by this Rule.

(3) Certain Conditions in Teeing Area May Be Improved. Before making a stroke, the player may take these actions in the teeing area to improve the conditions affecting the stroke (see Rule 8.1b(8)):

But the player gets the general penalty if he or she takes any other action to improve the conditions affecting the stroke in breach of Rule 8.1a.

(4) Restriction on Moving Tee-Markers When Playing from Teeing Area.

In all other situations, the tee-markers are treated as regular movable obstructions that may be removed as allowed in Rule 15.2.

(5) Ball Is Not in Play Until Stroke Is Made. Whether the ball is teed or on the ground, when starting a hole or playing again from the teeing area under a Rule:

(6) When Ball in Play Lies in Teeing Area. If the player’s ball in play is in the teeing area after a stroke (such as a teed ball after a stroke that missed the ball) or after taking relief, the player may:

Penalty for Playing Ball from a Wrong Place in Breach of Rule 6.2b(6): General Penalty Under Rule 14.7a.