Donald Trump challenges Kim Jong Un to round of golf

US President Trump discusses possibility of round of 18 with North Korea dictator Kim. 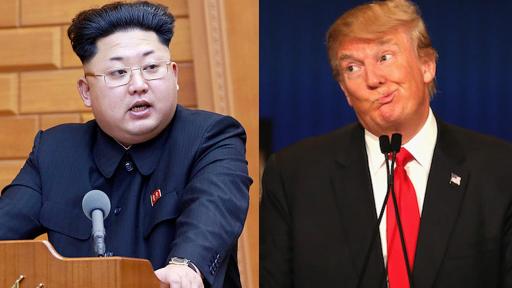 United States President Donald Trump has discussed about the possibility of playing a round of golf with North Korean dictator Kim Jong Un, according to a senior Trump administration official.

According to reports, a high-stakes round of nuclear diplomacy will take place between the pair next week in Singapore, which could pave the way for a round of 18. Trump has reportedly told advisors he is willing to invite Kim for a follow-up summit at Trump's private club in Palm Beach, Florida.

"He has discussed [possibly] golfing with Kim," said a senior Trump administration official.

RELATED: TRUMP IS A BIT GOOD AT GOLF, HERE'S PROOF

In the eyes of Trump's close friend Eric Bolling, a round on the links would be a great idea.

"It would be phenomenal... I think it would be a huge foreign policy win if President Trump got Kim Jong Un on a golf course, especially if he did it at Mar-a-Lago,” said Mr Bolling.

"I think Trump would be seen as a larger-than-life, superpower president over the North Korean troublemaker. And a lot of business gets done on the golf course."

Mr Bolling says he would be betting on his pal to come up trumps, unless Kim is marking his own card.

"I would love to see that match happen - and I would put my money on the president of the United States... well unless Kim’s keeping his own score… and cheating."

To our knowledge, we've yet to see Kim on a golf course before, so it could be a bit of a mis-match.

However, Kim's father and predecessor Kim Jong Il was an enthusiast, even using the country’s notorious propaganda apparatus to boast of a particularly impressive (and obviously fabricated) 38-under-par round at a Pyongyang course.