Has United States President Donald Trump ever not cheated in a round of golf? 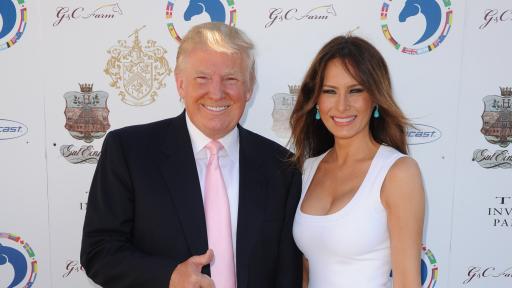 Marking the latest in a string of cheating allegations on the golf course, United States President Donald Trump reportedly played the ball of a 10-year-old on the the green when he knew for a fact his own ball had found the water!

Reports add that Trump then also "declared himself the winner of the tournament after cheating against the boy."

The allegation of cheating comes from Richard Reilly who told Vox how the US President once approached last year’s winner of the club championship, Ted Virtue, at Trump International and challenged him to a winner-takes-all game for the title over six holes.

According to reports, the challenge was set because Trump had been unable to attend the actual competition.

Virtue, a financier behind the Oscar winning movie Green Book, was playing with his 10-year-old son.

The report claims on one hole how Virtue and his son found the green with their approach shots and Trump found the water with his.

Upon walking up to the green, Trump declared his ball was that of the 10-year-old's, which did not sit well with Virtue and his son. Trump's caddie backed him up, as you would expect for someone thinking of nothing but their tip.

Trump has told stories that he has won more than 20 championship titles through the years, which experts claim is not true.

Reilly has written a book about Trump titled 'Commander in Cheat', which claims how he "cheats like a mafia accountant at golf."

A report in the Huffington Post today has told how Trump has "played golf many dozens of times and racked up a taxpayer tab of more than $100 million."