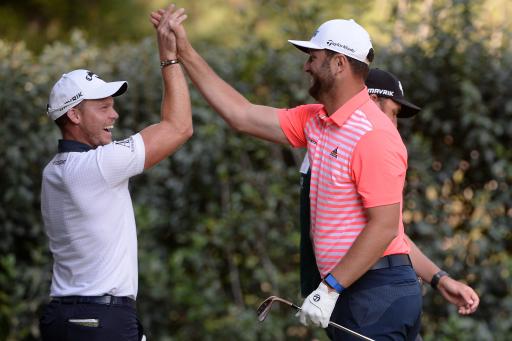 The game of golf has tried many different formats down the years to attract new players to the sport, but few have sounded more inclusive, relaxed and innovative than Doubles Golf.

Co-founded by Jack Nicklaus and the originators of Junior League Golf, Doubles Golf is the first format in the history of golf created in the United States. It's simple, but effective.

WATCH THE VIDEO ABOVE TO LEARN MORE

The format enhances 9-hole rounds, which create speedy play and the opportunity for evening events (tournaments and leagues) at PGA and LPGA Member facilities.

How it works is that both teammates hit shots from the same location, and then the pair chooses from which end position they would like to play their ensuing shots.

It can be played by any two players, who team up and play a two-player scramble over nine holes. Teams consist of men, women, juniors, seniors or any combination of these can register and begin posting scores on the 2PG scoring app.

"Our juniors fell in love with the Doubles Golf format through Junior League," said PGA Executive Director Eddie Ainsworth. "Now our adults will have the same opportunity through Doubles Golf tournaments and leagues."

It might have only just been rolled out in the United States, but given the hype about Doubles Golf already, we can see it being adopted across Europe and worldwide in the not too distant future.

Previous
Tiger Woods out of Bay Hill: "Back is still stiff and not ready"
Next
Dustin Johnson confirms he will NOT play in the 2020 Olympics