Dustin Johnson back to World No.1 after dismantling TPC Boston

Dustin Johnson cruised to victory at The Northern Trust and reclaimed the top spot in the World Rankings. 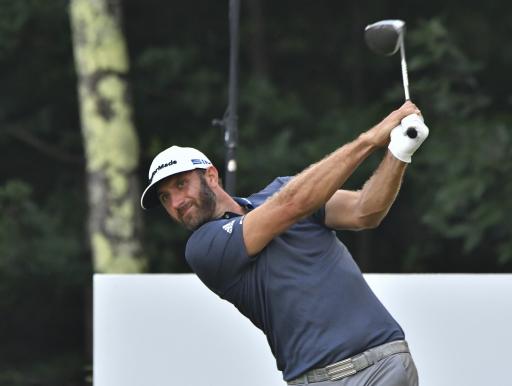 Dustin Johnson looked back to his best as he made TPC Boston look like the easiest course on the planet, after he cruised to an 11-shot victory, picking up his 22nd PGA Tour title and moving back to World No.1.

Johnson rounded off an impeccable week with an 8-under par final round of 63 to finish the tournament 30-under, the joint-second lowest score in PGA Tour history.

The win for Johnson also sees him move back to World No.1, a spot he hasn't held since May 2019, with Jon Rahm moving to second spot after he finished T6 at 16-under par.

Another weather warning caused play to be suspended during Sunday's final round, but an hour later the players returned to the course and Johnson made a par at the 17th, before making one last birdie down the par-5 18th.

Harris English continued his impressive form of late, shooting 19-under par for the tournament and in solo second place, moving the American up to 53rd in the World Rankings, whilst Daniel Berger finished one stroke further back in third place.

"Obviously this was a really good week," said Johnson.

"My ball striking was unbelievable. I found something on Wednesday, something just clicked. I really hit it well on Thursday, I didn't really make a lot of putts but I worked hard on my putting on Thursday afternoon and it paid off. I rolled it really nicely on Friday, Saturday and Sunday."

The Northern Trust marked the first of three FedExCup play-offs, with the top 70 moving on to the BMW Championship, where the field will then be cut down to the final 30 for the Tour Championship.

Johnson, who now boasts an incredible 22 PGA Tour victories, is yet to win the FedExCup, but his form at TPC Boston puts him in an excellent position to do so and to also win the US Open at Winged Foot, an early major prediction made by GolfMagic last month.