Dustin Johnson is a warm favourite at Pebble Beach, and rightly so... 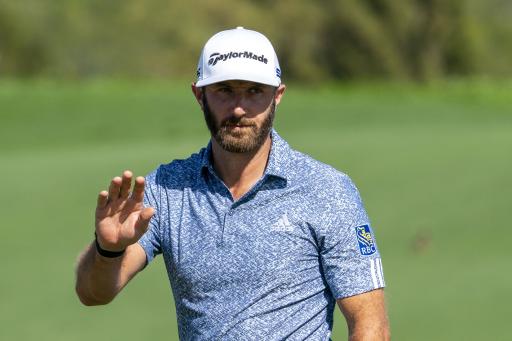 Dustin Johnson might be a red-hot 13/2 tournament favourite to land a third AT&T Pebble Beach Pro-Am title, but we honestly cannot see any other result at this famous event this week.

The two-time winner (2009 and 2010) typically brings his A-game to this tournament's three-course rotation at Pebble Beach (two rounds), Spyglass Hill and Monterey Peninsula, and we expect more of the same come Sunday night.

Throw in Johnson's runner-up finish behind Graeme McDowell at last week's Saudi International, a tournament he won in 2019, and the former World No.1 would appear an automatic NAP selection for this week's tournament. Johnson may have disappointed here last year with a tie for 45th, but he did finish tied second in 2018.

According to the PGA Tour, the current World No.5 ranks first in strokes-gained: tee to green over his past 24 rounds in this tournament.

Johnson suffered a niggling knee injury, coinciding with a switch in golf coaches at the back end of last season, but in an exclusive interview with GolfMagic recently, it was revealed that Johnson is once again back with his former coach Claude Harmon III (watch video).

As a result of that change, Johnson has played twice in 2020 and finished impressively with a tie for seventh at the Tournament of Champions in Hawaii, followed by last week's runner-up finish on the European Tour.

Johnson is back and we expect him to have a very good season indeed now that he is fit, healthy and in control of his golf swing again. Yes the price is short before play has even begun, but we cannot see anything other than a first PGA Tour victory for nearly 12 months for Johnson. It would also mark a 21st career PGA Tour title.

Another player who will fancy his chances is defending champion Phil Mickelson, who will bid to become the first player to successfully defend the title here since Johnson in 2010.

Mickelson, priced up at a best price of 28/1, will be going after his 45th PGA Tour title and fifth career win in this tournament, and arrives in terrific form to do just that after finishing tied third in last week's Saudi International.

A solid price, as too the likes of Jason Day and Paul Casey at around the 20/1 mark, but we would much rather put all our eggs in the Johnson basket in terms of a win selection.

At slightly bigger odds, we like the look of Max Homa at a best price of 55/1.

Homa, who won his maiden PGA Tour title at the Wells Fargo last year, has been going under the radar so far this season with five top-10 finishes in his last five tournament starts, highlighted by a tie for sixth at last week's Waste Management Phoenix Open.