David Platt was a member of the England squad at the European Championships in 1996, which is a tournament that lives long in the memory of football fans. 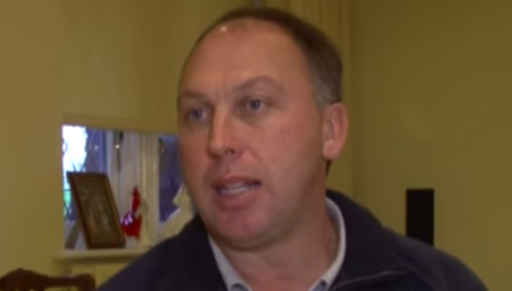 Former England and Arsenal footballer David Platt has revealed that he couldn't play against Scotland during Euro 96 because of an injury he sustained while playing golf.

Speaking to Sky Sports, Platt was talking about the famous tournament 25 years ago that captured the spirit of the nation and it is still talked about to this day.

Much like this year's tournament, England played Scotland in the group stages and this match saw arguably one of the best goals ever scored by an England player.

But as Paul Gascoigne volleyed his spectacular strike into the net, Platt was on the sidelines with an injury he had sustained at a sponsor's golf day.

"It's bizarre to think you'd be playing golf the day before a tournament match but Alan Shearer and I found ourselves teeing off with a couple of corporate guys from one of the sponsors," said Platt.

"My first tee shot, I felt a rip in between my ribs. I had a fitness test on the morning of the Scotland game and I hadn't recovered.

"I don't think I've ever told many people about that injury but I'm too old for it to come back and haunt me now. I actually missed the Scotland game at a European Championship because I'd been involved in a sponsors' golf day.

"It's bizarre. But I was level par through the first two before I walked off."

Platt made 62 appearances for his country and is arguably most remembered for an incredible volley that he scored against Belgium at the 1990 World Cup.

The Lancashire man, who also played for Arsenal, Aston Villa and Sampdoria, was a key player at the European Championships in 1996. He took and scored a penalty in the penalty shootout against Germany in the semi-finals, which England eventually lost.