David Skinns won the Pinnacle Bank Championship to qualify in the top 25 players on the Korn Ferry Tour to gain his card for the PGA Tour. 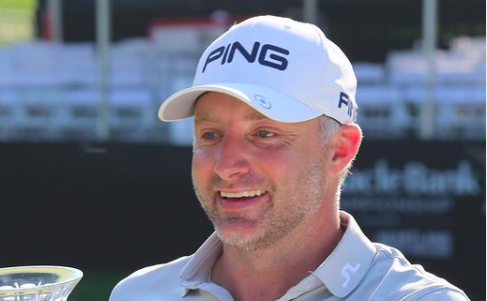 English golfer David Skinns has gained his card for the PGA Tour in his 16th year as a professional after winning the Pinnacle Bank Championship.

In the finale to the extended Korn Ferry Tour, Skinns shot 4-under-par in the final round of the tournament, held at The Club in Indian Creek, to win by one shot ahead of Marty Dou and Jared Wolfe on 14-under-par.

It was only Skinns' second professional win of his career and it required some clutch shotmaking in his final holes, plus a nervous wait at the end of his round to see if he had claimed victory.

He began the event outside of the top 25 of the Korn Ferry Tour points list in 46th place, but like fellow competitor Austin Smotherman, he hopped up into the qualification places in the final tournament.

During the Covid-19 pandemic, Skinns was one of many people to experience financial struggles so to help to provide for his family, he became a delivery driver for Doordash, a food delivery company.

It has been 16 years in the professional game for the 39-year-old and it took him 12 years to earn his full status on the Korn Ferry Tour. But next season, he will be able to live his dream on the PGA Tour.