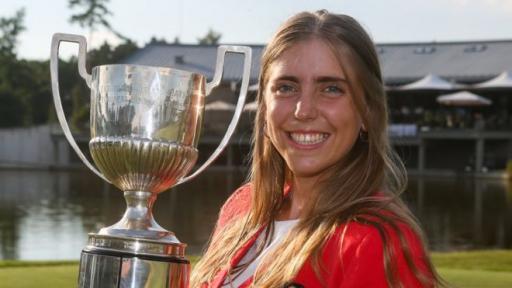 A college golfer from Iowa State, who won the European Ladies Amateur Championship this year, was killed at a golf course on Monday.

Celia Barquin Arozamena, who completed her college career at Iowa State earlier this year, was found dead at Coldwater Golf Links after golfers located a golf bag with nobody around it on the course and law enforcement was called in in regards to the suspicious circumstance.

Ames police officers found Barquin Arozamena’s body at the course and determined in its investigation that she died after being assaulted. Celia was aged just 22.

Collin Daniel Richards, 22, has been charged with first-degree murder in the death of Barquin Arozamena, according to police.

“Celia was a beautiful person who was loved by all her teammates and friends. She loved Iowa State and was an outstanding representative for our school. We will never forget her competitive drive to be the best and her passion for life.”

Barquin Arozamena won the European Ladies' Amateur Championship in July and was named Iowa State’s Female Athlete of the Year for 2017-18 in June.

Originally from Puente San Miguel in Spain, Barquín was finishing her degree in civil engineering this semester, the university said.

Her memory will be honored by Iowa State’s athletic department at Saturday’s football game against Akron.