Fireworks make it a spectacular Saturday at St Andrews

Fireworks will light up the sky at St Andrews on Saturday night, the eve of the final day of the Alfred Dunhill Links Championship. 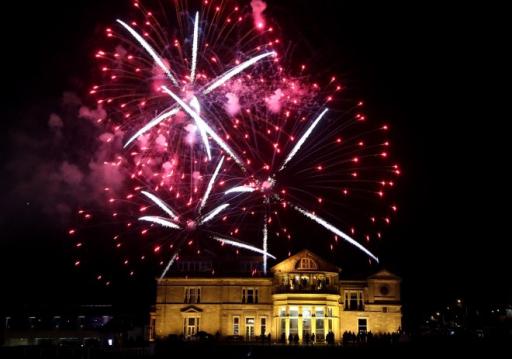 The St Andrews night sky will come alive with a spectacular fireworks display on the eve of the final day of this year’s Alfred Dunhill Links Championship.

An annual favourite with golfers, spectators and St Andrews residents, the display will begin at 8.25pm on Saturday and take place on the West Sands, adjacent to the Old Course.

The best view will be from Links Road, behind the 17th green on the Old Course, and from the track in front of the Old Course Hotel.

The Alfred Dunhill Links Championship celebrates links golf at its finest and is played over the Old Course St Andrews, Carnoustie and Kingsbarns. With a prize fund of US$5 million, it incorporates two separate competitions - an individual tournament for the leading professionals and a team championship in which the pro’s are paired with amateur golfers.

Admission is free for all spectators over the first three days with final day tickets on Sunday, September 29 available to purchase at the entrance gates for £20 (Concessions £15).