After Tommy Fleetwood stuck his ball in the drink, his bagman showed him how to do it... 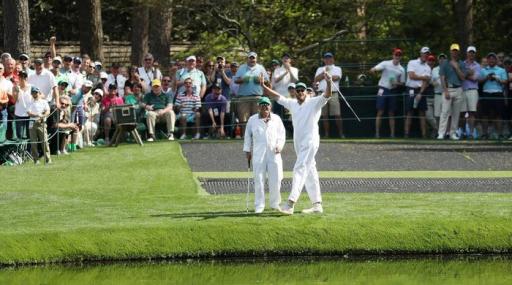 The flock of hair, the gleaming grin, the Race to Dubai crown - it’s not often Tommy Fleetwood is upstaged, but the Englishman’s caddie drew roars from the crowd at Augusta yesterday rather than the 27-year-old.

As is custom, players were skipping balls over the lake on the par-16th at August while practicing, but after Fleetwood left his in the drink, bagman and longtime friend Ian Finnis grabbed a club to have a go himself.

Finnis - a good golfer, who won closest-to-the-pin at the Players - skimmed it four times, and once more off the bank before settling four feet from the pin.

Fleetwood then held the flag as his employee put the ball in for birdie.