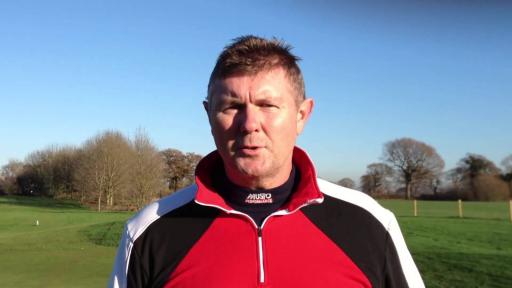 A former British Amateur champion who made £20million as a gangland money launderer is facing 10 years in jail after being arrested while playing golf in the Algarve, Portugal.

According to The Mail, Duncan Evans, the 1981 British Amateur champion who also played in the Walker Cup side against the United States, could now face a lengthy sentence in jail for failing to pay the money back he made from crime.

The report suggests Evans left Britain and moved to Portugal while his appeal against that sentence was ongoing.

While in the Algarve, Evans lived in a flat and played in golf tournaments regularly, and he also set up a number of companies including an import-export and construction business.

The Briton later appeared at a behind-closed-doors extradition hearing at a court in Evora, where he was remanded in custody.

Evans was one of the UK's top amateur golfers in the 1980s, winning the British Amateur Championship in 1981 and later that year playing against the United States in an amateur version of the Ryder Cup at the Walker Cup.

He lost both his foursomes matches that week at Cypress Point but salvaged a halve in his singles match against Corey Pavin.

Evans was also named BBC Wales Sports Personality of the Year in 1980.

But some 18 years later he turned to a life of crime - and in 1999 he began laundering millions of pounds for notorious villain 'Riviera' Ray Woolley.

Evans spent the profits of his crimes on a lavish lifestyle and bought a number of multi-million pound properties and a £195,000 Rolls Royce.

The homes included an eight-bedroom country house in Lymm, Cheshire, called Deans Green Hall, which he bought for £1.5million using the proceeds of crime.

Evans was convicted of money-laundering offences following a trial at Birmingham Crown Court in 2003 and was jailed for three years and ordered to pay £3million.

Portuguese police said in a statement: "In compliance with a European arrest warrant, the Judicial Police located and detained a 58-year-old man for alleged tax fraud and money-laundering crimes.

"The suspect was located in the Almancil area in the course of investigations with the collaboration with the British police."