J.R. Smith is a winner of two NBA Championships with the Cleveland Cavaliers and the Los Angeles Lakers. 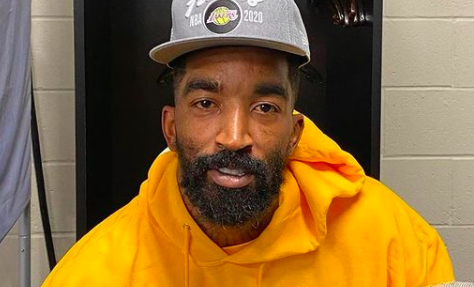 Smith joined North Carolina A&T’s golf team in the summer and he got into this upcoming event in Burlington, North Carolina through the team's qualifying tournament.

The 36-year-old has been playing golf for about 10 years and he has a handicap of five. Smith told reporters at the Wyndham Championship earlier in the season that he enjoys the individuality of golf, which of course provides a difference to his team-based career.

"Golf is one of those games that has you feeling really high and or can bring you down to your knees and humble you," said Smith.

"And to have that feeling and knowing that all of the game’s pretty much on my own hands, and I don’t have to worry about teammates to pass the ball and receiving passes and playing defence - I can play my game and just have fun."

Following his retirement from the NBA, Smith enrolled in school and was given a waiver by the NCAA to play on the golf team in August.

In 2004, Smith entered the NBA straight out of school as the 18th pick in the draft. He was chosen by the New Orleans Hornets and he also played for the Denver Nuggets and the New York Knicks.

He has won the NBA Championships twice in his career. He won it for the first time in 2016 with the Cleveland Cavaliers and in 2020 with the Los Angeles Lakers.

NEXT PAGE: FIVE CHALLENGES FOR BRYSON DECHAMBEAU IN THE 2022 PGA TOUR SEASON