This may be an unlikely match-up, but Gareth Bale and Iain Stirling showed some great play in this TopGolf challenge. 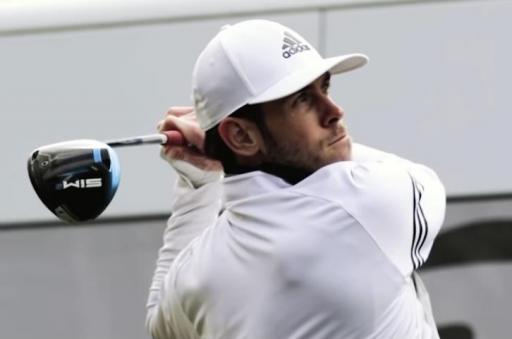 It is no secret now that Premier League and Wales International footballer Gareth Bale is an extremely keen golfer, as he spends much of his spare time on the golf course.

He has progressed into a very good and powerful golfer and you can see how his explosive style of football translates into his golf swing.

Bale took part in a challenge in conjunction with Ellevens Esports and he was up against an unlikely but worthy opponent in Love Island narrator and comedian Iain Stirling.

Although Stirling admits in the video that he hasn't played golf in roughly 15 years, you would not have thought this was the case as he acquitted himself very well against his Welsh opponent.

The pair began with a simple long drive challenge, which Bale immediately took control of. Bale's longest drive went over 300 yards, while Stirling could only manage a hit of 246 yards.

The pair then took on a second challenge in which they aimed for different targets on the driving range, in a classic TopGolf game that so many people enjoy across the country.

In their third challenge, Ellevens Esports host Manny set the players a yardage target for which they had to get as close as possible.

After the challenge descended into Stirling showing off his trick shot skills, the TopGolf challenge was won by Bale with a score of 2-1.

NEXT PAGE: GOLF FANS REACT TO TOM BRADY CLEANING HIS CLUB OUT THE COOLER WITH DRINKS INSIDE