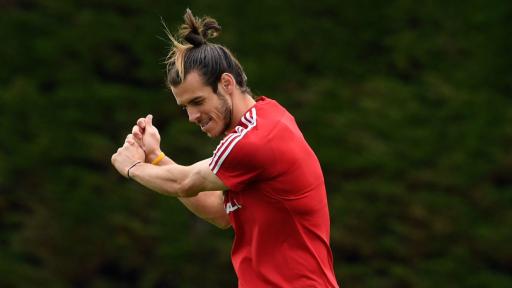 Real Madrid winger Gareth Bale has reportedly told his teammates that he will "stay and play golf" if the Spanish giants don't pay off the outstanding $51 million on his contract.

Bale was left on the bench by manager Zinedine Zidane in Real Madrid's final La Liga game of the season at the Bernabeu, which saw them lose 2-0 to Real Betis on Sunday.

The former Spurs star was also spotted walking straight down the tunnel after the final whistle instead of walking round the ground to applaud the fans.

Bale is quoted as saying on Radioestadio via SPORT: "I've got three years left on my contract. If they want me to go, they'll need to pay me €17m per season. If not, I'll stay here. And if I have to play golf, I will."

Instead of joining his team on the pitch to say good bye to the fans for summer, Gareth Bale heads straight to the changing room

Could this be the last time we see him with Real Madrid? pic.twitter.com/aGTpqw1mvF

Zidane was questioned about the Bale situation after the game, and explained there was never any intention for him to play the Welsh winger.

"He [Bale] has won a lot here but we live for the present and the future. We will not forget the past but we have to live for day the day to day."

"I have counted on other players in more in recent weeks, and if I had a fourth substitute today I would not have brought him on.

"I make these decisions when it is right to do so, and I must act in the best interests of the team at all times."

Bale is odds-on to join Manchester United this summer should he end up departing Real Madrid, where he has scored 78 goals in 155 appearances since joining them in 2013.