Player reportedly knocked the plaintiff to the ground with a headbutt... 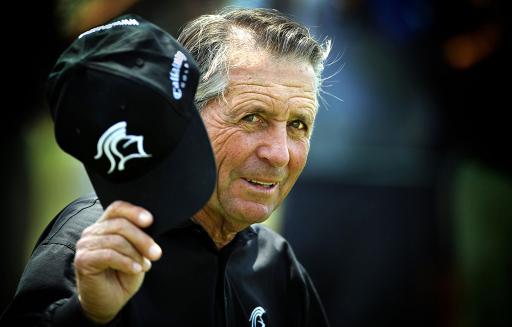 Gary Player's son was arrested last week in Georgia on fraud charges that occurred during the 2018 Masters.

According to the Augusta Chronicle, Wayne Player rented a private residence for two nights during last year's first major of the season at Augusta National, but the cheque he wrote to pay for it on April 4 was returned by the bank for insufficient funds.

After a subsequent promise of $1,000 restitution to the homeowner's lawyer also went unpaid, the homeowner reported the incident to police in July.

Player was arrested in Columbia County on January 23 and charged with deposit account fraud/bad check before being released on bond.

Harry Potter actor Tom Felton "okay" after he collapses at Ryder Cup course
Boy, 11, hits TWO holes in one in the span of seven holes at junior tournament

Reports claim Player had offered a 'Green Jacket Masters Experience' package that sold for $6,850 per person, and it included tickets to the Par 3 Contest, opening round of The Masters and a meet-and-greet with his father and Grand Slam-winning golfer Gary Player.

According to the lawsuit, however, Wayne Player is accused of acting in bad faith and at one point knocking the plaintiff to the ground with a headbutt.