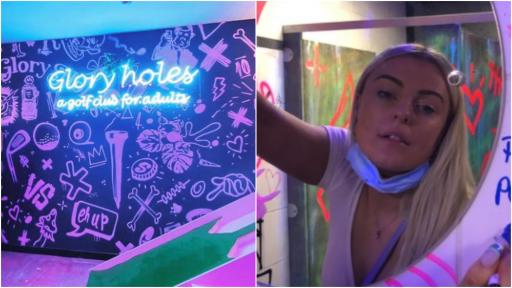 A new raunchy, adult-themed crazy golf venue by the name of GloryHoles is coming to Sheffield City Centre.

While no official opening date has yet been confirmed, GloryHoles Golf will eventually open its doors on Sheffield High Street right beside the Bankers Draft Wetherspoons pub.

Once up and running, it will mark a second GloryHoles Golf run by company Curious Venues in the UK following in the footsteps of Nottingham, who got a green light to open earlier this year.

According to Sheffield's 'The Star' publication, the venue is planning to open until 12.30am during the week and 1.30am on Friday and Saturday nights.

The official GloryHoles Sheffield Instagram account has been set up, but so far only says "coming soon".

The experience would appear somewhat similar to that of Junkyard Golf, which GolfMagic has experienced numerous times over the years in Shoreditch, London, in that you can also order cocktails before or after your round of golf.

'Gloryholes' is also decked out with booths, arcade games and air hockey, along with Barack Obama sitting on a Chesterfield sofa... just because.