Jordan Spieth's harsh comments about his own game had golf fans rooting for him on social media. 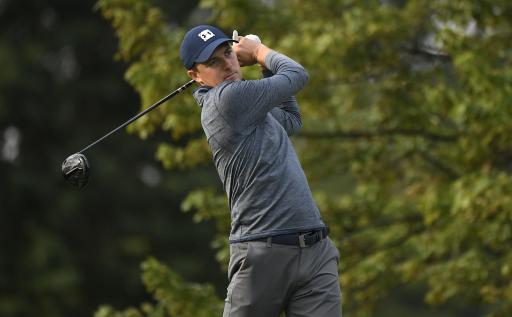 Jordan Spieth was brutally honest about his lack of form on the golf course following his opening round of the US Open and golf fans took to social media to applaud the American.

When Spieth first arrived on the scene it didn't take long for him to win multiple majors and become the best player in the world and all at an extremely young age.

Now 27-years-old, Spieth has 14 professional wins, including the Masters, the US Open and the Open, which was his last victory back in 2017.

Something hasn't been right with Spieth's golf game for a number of years and he has now fallen to 67th in the Offical World Golf Ranking, a number far too low for a man who possesses so much talent.

Spieth shot a 3-over par opening round of 73 on Thursday at Winged Foot, which given the difficulty of the course isn't a terrible score, although it was probably the easiest day of scoring we are likely to see all week.

Starting with a bogey at the 1st and a double at the 2nd, things weren't looking good for Spieth, but he then made three consecutive birdies to get back to level par.

A scorecard that featured five birdies, three bogeys and two double-bogeys was typical of Spieth's current erratic game, where you never really know what you're going to get from him.

Speaking to the media after his opening round, Spieth was brutally honest about where his game is right now and his words went down well with everyone who read them.

"So I’m kind of just, kind of working through it and looking forward to having a little more time off to figure it out. I mean, yeah, I’m late behind it. The second I try to get back out in front of it, it’s hooking.

"Standing on a tee at the US Open and not exactly knowing where the ball is going to go is not a great feeling. I know you guys probably haven’t experienced that before, but it’s not incredibly enjoyable.

"But I’ll grind it out. I don’t ever give up. I have no reason to. I’m here. I feel that, even with not having much tee time green, I can somehow still shoot an even or under par round on this course and that’s incredible self belief in the grind."

Spieth's comments show that his current lack of form is clearly casting a dark cloud over him on the golf course, but his determination to work hard and get back to his best is extremely motivational.