WARNING: Do not watch if you are a Patrick Reed fan! 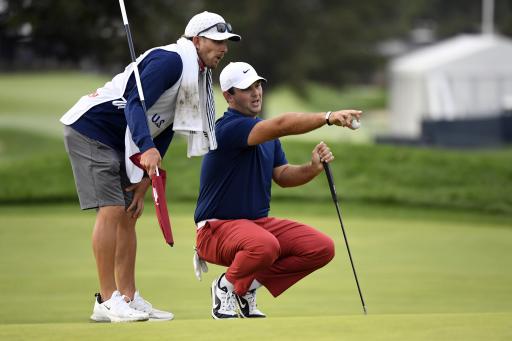 Patrick Reed made an excellent hole-in-one during the opening round of the US Open, but it didn't take long for one golf fan to turn it into a chance of taking a dig at the unpopular American and it certainly had people laughing.

The 2018 Masters champion is widely thought as the PGA Tour's supervillain, due to his previous comments about other players and of course his crazy "cheating" incident when he clearly improved his lie at the Hero World Challenge back in December.

RELATED: The Patrick Reed "CHEATING" incident that everyone was talking about last Christmas

What followed after the incident was pretty rough for Reed in fairness, with plenty of fans giving Reed stick at multiple events after the Hero World Challenge.

In fairness, Reed wouldn't have received anywhere near as much negativity as he did if he admitted he made a mistake, but he dodged the accusations and said he did nothing wrong.

We might be without fans at the US Open due to the ongoing coronavirus pandemic, but one golf fan took the opportunity to turn Reed's opening round ace into a quite hilarious clip. Watch the video below and make sure you have the sound on and turned up...

Jokes aside, the shot from Reed was a fantastic one at the 165-yard par-3 7th, which at the time took his score from 1-over to 1-under, which he then built on to post a 4-under par opening round, just two shots behind leader Justin Thomas.

NEXT PAGE: Zach Johnson holes possibly the GREATEST PUTT of all time at US Open...