Golf fans react to Welsh golf debate: "Golf is for the WELL ENDOWED"

We know it has more than one meaning, but the use of this expression still made a few people laugh... 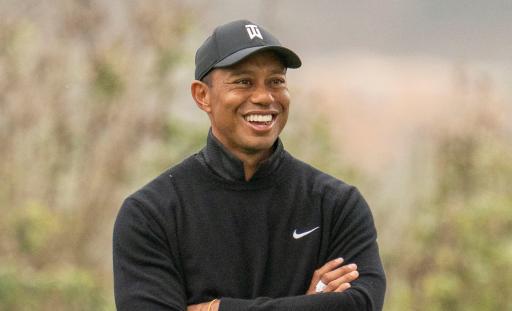 Golf fans flooded the comments section on Twitter in response to a video of the Welsh Parliament debating whether golf courses should remain closed or be reopened and one Assembly Member used a rather humerous expression...

Jenny Rathbone, a Labour and Co-operative politician who has been a part of the Senedd (Welsh Parliament) for around 10 years, was speaking on a video call where she said that golf "doesn't have a great image even before Donald Trump" before going on to say that the sport is only for the "well endowed", which caught the attention of a fair few golf fans online.

WATCH THE CLIP BELOW TO HEAR FOR YOURSELF:

How can golf be debated seriously @SeneddWales when you have Assembly Memebers who have no idea about the subject and are able to influence decisions? pic.twitter.com/IgFjwzPnWa

Now the Cambridge Dictionary definition of 'well endowed' is "having a lot of something, especially money or possessions" but if we're all being honest, no one really uses that phrase any more unless it's about the other definition (we'll leave you to look that one up if you don't know it).

After one man posted the clip on Twitter, golf fans couldn't help themselves but comment on the "well endowed" comment, with some making jokes that they will be forced to stop playing if Rathbone's comments are true.

Did she say “well endowed”

Only for the well endowed ? Well that rules me out then !!!

haha she must of heard of a 9inch gimmee

She has no idea at all non of the guys I play with are what she thinks golfers are....all working class and I'm sure none are that well endowed

The Welsh Government's announced that all current alert level four restrictions will remain in place until the next review on January 29, meaning golf courses will remain shut in Wales until at least the end of the month and probably longer.

Wales Golf said in a statement: "Wales Golf is taking the spread of COVID-19 extremely seriously. Our number one priority remains the safety and wellbeing of our community of golfers, clubs, volunteers and staff, ensuring that everyone can enjoy golf in a safe environment.

"Wales Golf will continue to promote the benefits of golf as an activity with established COVID-19 secure practices and a sport that can be played safely by thousands of people under lockdown restrictions across the country. We hope that this data will provide the Welsh Government with accurate and up to date information to assist with future decision making."

NEXT PAGE: Golfer adds his name to the record books by making a CONDOR!