Golfer adds his name to the record books by making a CONDOR!

No one had ever made a condor on a par-6, until Kevin Pon rocked up to Lake Chabot in California. 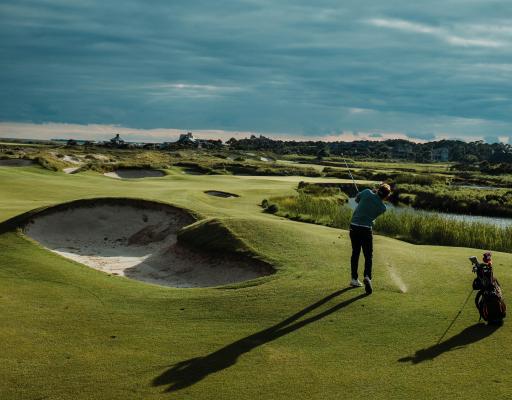 The odds of amateur golfers making a hole-in-one at a par-3 or somehow making an epic albatross on a par-5 are extremely slim and I mean extremely. But the odds of anyone making what is known as a condor are even slimmer...

In December, Kevin Pon, a 54-year-old 10-handicapper from Castro Valley, stepped on to the 649-yard par-6 18th hole at his local course Lake Chabot in California.

RELATED: Is this the WORST tee shot ever caught on camera? We think it might be...

After he ripped a drive that took a few giant bounces, caught a few paths and then rolled down a hill, Pon found himself 540-yards from the tee, leaving just a wedge into the green that would leave him two putts for an eagle.

The unthinkable then happened when Pon's 120-yard shot didn't just find the green, but the hole, to score a 2 on a par-6 (one of many par-6's found in the USA).

RELATED: Video goes viral of the the PERFECT man cave for golfers!

“I still can’t believe it. I didn’t even see the ball come to rest on either of those two shots,” Pon told Mercury News.

According to LiveAbout.com, there have only been six condors ever recorded in the history of golf and the five previous condors were made via hole-in-one's on par-5's, making Pon's the first ever to be made on a par-6.