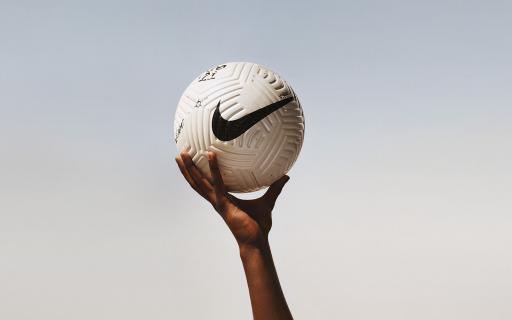 The new Nike Flight football has launched after eight years in the making and at a whopping price of £120, but golf and football fans were left feeling confused when images of the brand's latest football were released.

If the price tag wasn't enough to put you off, football fans felt disappointed with the design of the new Nike football that looks fairly similar to a golf ball.

⠀ Dear World, ⠀ This is an invitation to #playwithlove, a ball rolling in your direction, a letter marked URGENT. ⠀ Football needs you. All of you. ⠀ The fast. The free. The fearless. The Sunday footballer telling stories in the pub. The tricksters. The outspoken. The kids from the neighborhood— from Paris, São Paulo, Los Angeles, London. The attackers, the defenders, the keepers standing alone. The back-flippers. The tea-sippers. The pitches, the parks, the courts, the alleyways, the sand lots, the streets. The fans who never stop singing. ⠀ It all starts with you. It all starts with a ball. ⠀ See you soon. ⠀ Love, Football. ⠀ P.S. Join us and hit the link in bio for more. ⠀ #nikefootball #nikesoccer #flightball #nike #football #soccer

Of course it's much bigger than a golf ball and no one actually thought that it was the latest golf ball to hit the market, but in terms of looks, it certainly looks a little golfy.

The Nike Flight football took eight years to create and 1,700 hours of testing and according to the sporting giants, the ball is a "revolution in consistent flight."

Unfortunately for Nike, it didn't take long for some unhappy sports fans to rip the new ball on social media. Check out some of our favourite reactions below.

"Is this for football or golf? Please confirm."

"Did Tiger Woods design this?"

"How much will these sell per dozen?"

"Will this be used in the Premier League or at the Masters? Hard to tell..."

"Can't wait to shout FORE every time I hit a free kick..."