Paige Spiranac has defended college gymnast Olivia Dunne, who was targeted by a top women's basketball coach for "upholding sexism". 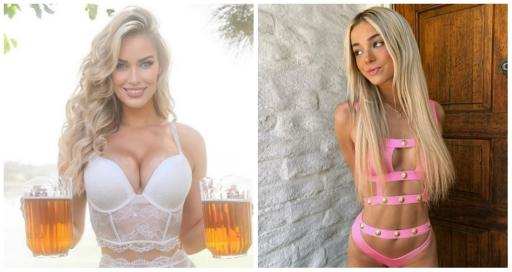 Social media superstar Paige Spiranac has hit out at criticism of gymnast Olivia Dunne after she was called out by a top women's basketball coach for "upholding sexism".

Paige described Dunne as "badass" after Stanford University's Tara VanDerveer lashed out at the athlete in an interview with the New York Times.

Chief of VanDerveer's complaints about Dunne was that she was "upholding sexism" by earning astonishing amounts of money through name, image and likeness [NIL] deals.

It is estimated that Dunne, 20, rakes in almost $2m a year from sponsors and by posting saucy snaps on social media.

College athletes were allowed to enter into such deals from last year, which has resulted in an increase in some female athletes sharing scantily-clad snaps for their followers.

Paige has hit out at criticism of this ilk before. Taking aim at VanDeerver on Twitter, she wrote:

Related Articles
Meet goolf - the new app designed to help golfers find others just like them
Paige Spiranac reveals all with ONLY PAIGE: "You've asked and I've delivered"
"I'm so sick of women belittling accomplishments of other women because it's done differently than they would.
"@livvydunne is getting hate for making 2 million a year. She's built a successful business (at 20) all while being a student-athlete. That's badass."

Paige has dealt with a huge amount of criticism in the past. She has revealed at times she has received death threats.

In October she also opened up on her "failed" career in professional golf, being fat-shamed and how in college some men would only date her for free golf lessons.

I’m so sick of women belittling accomplishments of other women because it’s done differently than they would. @livvydunne is getting hate for making 2 million a year. She’s built a successful business (at 20) all while being a student-athlete. That’s badass.

She said of her career:

"It was really hard to just realise that that maybe playing golf professionally just wasn't for me because I was not happy at all and this is a much better path for me but I had to give that up and I sacrificed so much in my life for golf and it was hard to say the least and I still feel like a failure because I didn't fully make it."

Paige now has 3.7m followers on Instagram, which is more than big cat Tiger Woods.

In June, she was voted the "Sexiest Woman Alive" by Maxim.

In response to VanDerveer's comments, Dunne said she was "proud" of her achievements.

Dunne said she was proud of her seven figure income, adding:

"Especially since I'm a woman in college sports. There are no professional leagues for most women's sports after college.
"I guess sometimes we have this swinging pendulum, where we maybe take two steps forward, and then we take a step back.
"We're fighting for all the opportunities to compete, to play, to have resources, to have facilities, to have coaches, and all the things that go with Olympic-calibre athletics. This is a step back."

Dunne reportedly started gymnastics at the age of three and is now one of the top earners in collegiate sports.