Boris Johnson hopes a "gradual and phased" relaxation of Covid lockdown restrictions can begin in early March - but there appears no sign for golf's return... 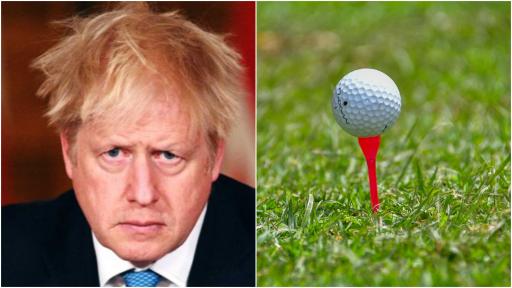 UK Prime Minister Boris Johnson has today revealed his plans for a "gradual and phased" relaxation of coronavirus restrictions in early March - meaning golf courses in England are highly likely to remain closed for at least another two months.

Johnson hinted of a potential green light to ease some restrictions by the end of February but the Prime Minister has now made it clear that March 8 is the earliest possible timeframe for any lockdown restrictions to be eased.

It is anticipated that schools will be the first facility to reopen in the country, with March 8 being an initial target date.

"Our aim will be to set out a gradual and phased approach to easing the restrictions in a sustainable way," said Johnson, adding that the "first sign of normality" should be children returning to school.

He added: "We hope it will be safe to begin the re-opening of schools from 8 March with other economic and social restrictions being removed thereafter as the data permits."

The reopening of golf courses in England - and also Wales and Northern Ireland - is therefore likely to be much further down the list of priorities.

Golf courses in Scotland, however, continue to remain open but in limited forms of the game.

RELATED: WHY IS GOLF CLOSED IN ENGLAND BUT OPEN IN SCOTLAND?

So when are courses now most likely to open in the United Kingdom?

Many in the industry are now predicting we could be shut out until at least the middle of March, and possibly until the start of The Masters in early April.

Incredibly, fishing is still allowed to continue in England. We're still not quite sure what to make of that one.

Factors for the easing of lockdown restrictions in England will include death and hospitalisation numbers, progress of vaccinations and changes in the virus over the coming week.

Despite the current doom and gloom in the country, there is evidence that deaths and hospitalisations are coming down and that infection rates are reducing.

Johnson explained in a statement to Parliament today that the scientific data was not sufficiently clear to make any decisions right now, but that he hopes to publish a more detailed roadmap towards the end of February when the "picture becomes clearer."

The Prime Minister has also confirmed plans for tighter border restrictions to combat the new variants of Covid, explaining that anyone arriving from a high risk country must quarantine in a hotel or other accomodation for 10 days.