An amateur golfer was disqualified from a competition for altering the length of his putter during the round. 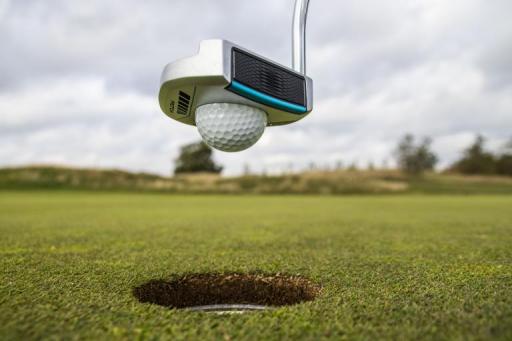 With club competitions back underway in the UK, it didn't take long for someone to get in touch about some rules controversy, with one GolfMagic reader feeling a little confused after they were disqualified.

An amateur golfer from Sussex, who has asked to remain anonymous, got in touch to tell us his story of how he recently got disqualified from a club competition whilst using a PING Sigma 2 Fetch putter.

The Sigma 2 range from PING were launched towards the end of 2018 and feature a unique piece of technology that allows you to alter the length of the putter, meaning you can test out different lengths to find out what's comfortable for you.

The adjustable-length shaft is lightweight, easy to use and sleekly concealed beneath the grip, allowing golfers to customise length between 32" and 36" to fit their stroke and posture. The process is quick and intuitive through the use of an adjustment tool that inserts into the top of the grip. One full turn causes approximately a ¼" adjustment up or down, and the grip remains perfectly aligned during the adjustment process.

Playing in a major qualifier at his local club, our anonymous golfer was 1-under his handicap through the first 12 holes of a stableford tournament, playing off a handicap of 12.

"I suffer with back problems quite regularly, which is one of the reasons I really like this putter [PING Sigma 2 Fetch] as it allows me to pick up my ball without bending down," he explained.

"I have the putter set to a length of 32.75 as after quite a lot of testing I found this to be the best length for me in terms of performance, but my back was playing up quite badly and I wanted to continue as this was one of the qualifying tournaments for an upcoming major at my club.

"Without really thinking I used the tool and changed the length of my putter to 36 inches just so I could stand more upright, which was a lot more comfortable for my back and helped me finish the round with a solid 36 points.

"To be honest I didn't even think about the rules in the moment as I was just focused on my back, but another member saw what I had done and reported it to the clubhouse. Our scores are handed in through an app due to the clubhouse being closed at the moment, so it wasn't until I received a phone call on my way home I was informed I had been disqualified.

"I knew about the equipment rule but to be honest I thought it was only for changing weights in your driver and adjusting loft settings, but I should have checked before doing it and saved myself the embarrassment."

Make sure you know the rules for when it comes to adjusting clubs during a round. Check out the R&A ruling below:

a) Clubs Allowed in Making a Stroke