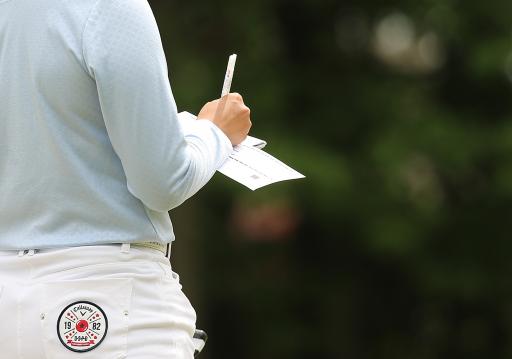 A high school golfer cost herself an individual title as well as a team title after signing for an incorrect scorecard on Tuesday.

But after turning in her scorecard, Wynja realised she had in fact signed for a 4 instead of the 5 she actually made on the 18th. After telling her coach about the mistake, tournament officials had no choice but to disqualify her - a move that ultimately knocked her school into second place.

Even had Wynja signed for the 5 she made at 18, she would have still won the individual title, on top of clinching team victory.

“I knew I needed to tell them,” said Wynja. “It was really sad, mostly because I knew what the result would be. I knew that I would be disqualified and it broke my heart for the team. But I knew I couldn’t leave without saying something.”

Wynja was understandably disappointed with her mistake, but she was quickly comforted by the support of her family and friends: "That was a tough situation in general, but being surrounded by people who love me is awesome."

Signing for an incorrect scorecard isn't something new in the world of golf, but it is rare these days.

The most famous scorecard error to happen on Tour was Roberto De Vicenzo signing for a wrong score at the 1968 Masters, costing him a place in a playoff with Bob Goalby.

Mark Roe and Jesper Parnevik were DQ'd from the 2003 Open after a mix-up with their scorecards. The two players failed to exchange scorecards before the first hole of their third round at Royal St George's and therefore signed for incorrect scores at the end of their rounds. Roe would have been just three strokes off the lead heading into the final round.

Padraig Harrington was also dramatically disqualified before the final round of the 2000 Benson and Hedges International, where he held a five-stroke lead, after it came to light that he had failed to sign his first-round scorecard. Jose Maria Olazabal went on to win the £166,000 first prize, leaving Harrington with nothing.