GolfMagic launches new video created in partnership with TaylorMade in a continued effort by both to attract a new young audience to golf. 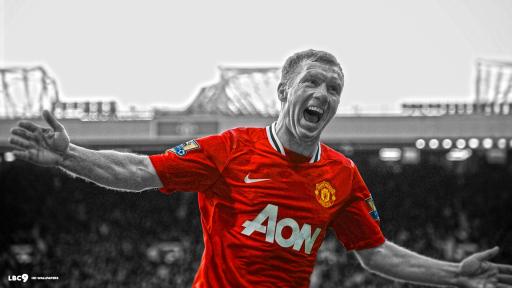 Paul Scholes hit the most incredible shot at Wentworth at the BMW PGA earlier in May, holing out from a greenside bunker live on Sky Sports Golf. The footage quickly went viral receiving hundreds of thousands of views across social media.

Last week GolfMagic challenged Scholes to replicate his feat with just eight balls in three minutes – surely even the former England and Manchester United legend would struggle to do that?

WATCH OUR BUNKER CHALLENGE BELOW!

The video was created in partnership with TaylorMade in a continued effort by both to attract a new young audience to golf.

As well as recreating his now iconic bunker shot the 11-time Premier League winner sat down with GolfMagic's Content Executive and PGA professional Sam Mellor, at Dunham Forest Golf & Country Club, to talk more about the good, bad and ugly in his golf game, coming out of retirement AGAIN, first-tee jitters when annually playing in the BMW PGA Championship Pro-Am at Wentworth, and more.

In August, more golfers visited GolfMagic.com than ever before as the site recorded a landmark 381,233 unique visitors.

"This is a really exciting time for us and we’re proud to be leading the charge in the race to grow golf digitally," says GolfMagic Content Manager Andy Roberts.

“We’re seeing a massive influx of younger people engaging with our brand on our website and social channels. Spending an afternoon with a football legend such as someone like Paul Scholes allows us to connect people with golf outside of those traditional routes, and we believe this can only be good for the future of our sport.

“We very much aim to continue to innovate and offer our users, and the brands we work with, an exciting alternative to traditional print and display golf media.”

GolfMagic.com has become the number one destination for millennial golfers with a rapidly growing social media footprint of more than 170,000 followers.