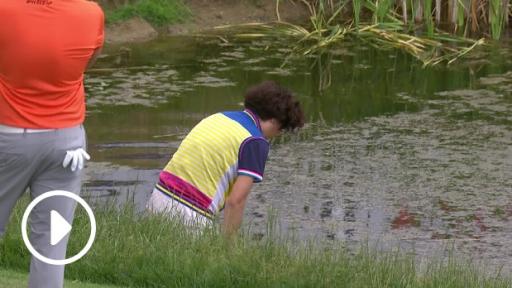 Day one of the Open de France witnessed one of the most comical moments of the European Tour season when Haotong Li's mum went into the water to rescue her son's putter that she saw floating around in the water.

Li had thrown his putter in the lake after three-putting for bogey at the 11th, and despite his mum's best effort to retrieve the flatstick in the ripples it had broken in half.

Tyrrell Hatton in the group behind, along with many golf fans around the world, were left in hysterics.

Despite not using a putter for the rest of the round, Li went on to card a round of level par.

Watch the footage below...