Spurs captain Harry Kane hits the golf course and then confirms he will stay at the club this summer. 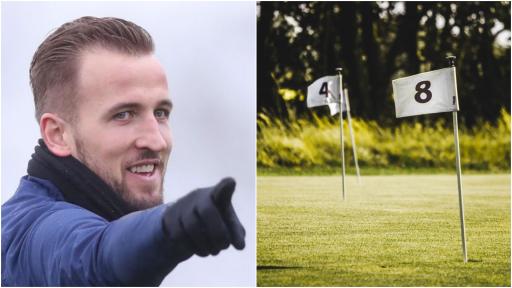 Harry Kane was pictured playing golf at Queenwood Golf Club just hours before confirming he will be staying put at Tottenham Hotspur this summer transfer window.

Despite Tottenham's solid start in the new Premier League campaign with two 1-0 victories over Manchester City and Wolves, England captain Kane has only played the best part of 20 minutes of football so far this season when coming on in the 72nd minute against Wolves.

Kane, according to reports, had been in serious talks for a move away from Spurs to Manchester City, but the striker has since confirmed he will be remaining with Tottenham.

It was incredible to see the reception from the Spurs fans on Sunday and to read some of the messages of support I've had in the last few weeks. ⚽

I will be staying at Tottenham this summer and will be 100% focused on helping the team achieve success. #COYS pic.twitter.com/uTN78tHlk1

Why would @HKane even contemplate going up to Manchester, when he has access to Wentworth, Beaverbrook, Sunningdale, Queenwood.
Not ONE good golf course in or around Manchester! @ChelseaFC looking forward to signing you mate!