DeChambeau will be teeing it up in The Professional Long Driver's Association World Championship. 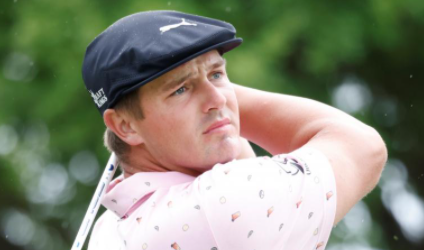 Bryson DeChambeau may still be shunning the media but he has confirmed on his Instagram - apparently, as he has blocked us on there - that he will be participating in The Professional Long Driver's Association World Championship in September.

The long drive championship will take place in Mesquite, Nevada, from September 27 to October 1, meaning it falls just two days after the Ryder Cup at Whistling Straits.

RELATED: BRYSON IS A BIG PRICE TO WIN THE WORLD LONG DRIVE CHAMPIONSHIP!

DeChambeau, who is already assured of a place in Steve Stricker's US Ryder Cup side, told his followers that he wants to take part in the Long Drive event to help grow the game of golf.

"This is an amazing opportunity to grow the game and the sport in general!" said DeChambeau on Instaram.

"I want to show the world how incredibly talented and hard-working these athletes are.

DeChambeau currently leads the PGA Tour Driving Distance this season on 321.7 yards, but he has belted a number of drives over the 400-yard mark on a regular basis.

The big-hitting American lies ninth in the season-long FedEx Cup race heading into this week's BMW Championship, but he will be looking to improve his recent form having picked up just one top-10 finish in his last nine competitive starts on the PGA Tour.

NEXT PAGE: HOW THE TOP 70 LINE UP AT THE BMW CHAMPIONSHIP