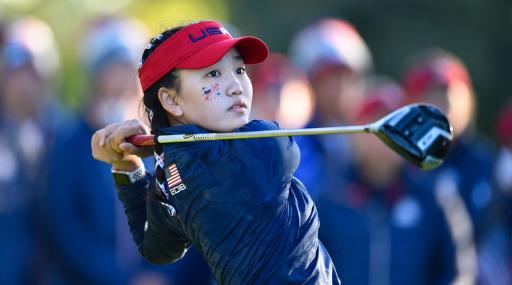 Lucy Li, the youngest ever qualifier for a US Women's Amateur and US Women's Open, would appear to have violated the USGA's Rules of Amateur Status after appearing in a new Apple video ad campaign.

Li, 16, recently featured in Apple.com's 'Close Your Rings' campaign where she was seen using an Apple Watch to help her train.

Rule 6.2 under the USGA's Rules of Amateur Status says "even if no payment or compensation is received, an amateur golfer is deemed to receive a personal benefit by promoting, advertising or selling anything, or allowing his name or likeness to be used by a third party for the promotion, advertisement or sale of anything."

The provision also states: "A person who acts contrary to the rules may forfeit his amateur status and as a result will be ineligible to play in amateur competitions."

With a USGA investigation now underway, should the World No.1 junior ladies golfer indeed fall foul for appearing this commercial campaign, which is clearly a promotional video designed to help sell the watch, then she may want to start preparing for the possibility of having to file for reinstatement of her amateur status.

This could leave the rising American star - identified by her peers as 'Lucy L.' - with little time to become eligible for the historic Augusta National Women's Amateur event that tees up in three months.

Li’s family have told Golf Digest there was no compensation for Lucy’s participation in the promotion. However, as you can see from the explanation of the rules above, this does not matter.

According to reports, Li's initial explanation is not likely to help her cause much. She apparently told Golf Digest she couldn’t talk about the video because she signed a non-disclosure agreement.

We'll have more information on this story once the USGA releases a full statement on the matter. It's certainly going to be an interesting one.