Hatton collapses as Bjerregaard steps in to clinch Dunhill Links 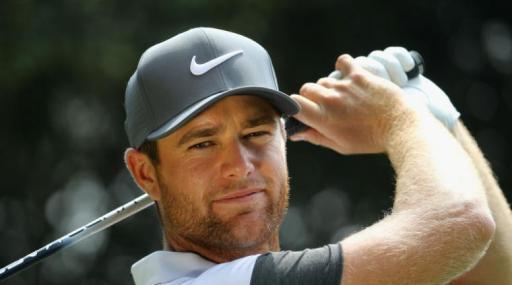 Lucas Bjerregaard has clinched his second European Tour title with victory at the Alfred Dunhill Links Championship on the Old Course at St Andrews.

Bjerregaard, 27, came into the tournament off the back of four consecutive top-20 finishes including three top-10s.

In a shotgun final-round start due to high winds, the Dane carded a final-round 67 - finishing with a three-putt bogey on the Road Hole 17th - to see off English duo Tyrrell Hatton and Tommy Fleetwood by one stroke on 15-under par.

"It's been a really good year, I've had some close calls," said an emotional Bjerregaard, who moves up to 10th in the European Tour's Race to Dubai standings.

"I was quite a way back for most of the day but I knew there were some tough holes coming home. To make the putt on 16 felt really good. I'm just so relieved to get this win."

Hatton was bidding to make history by becoming the first player to win this tournament three times in a row, and he had every chance of doing just that when racing into a four-stroke lead with nine holes to play after going out in 32 shots.

But the European Ryder Cup star would soon see his lead evaporate with bogeys at 10, 11, 15 and 16, and he stumbled home for a level-par 72.

Hatton had just watched Bjerregaard make on the 17th, but he failed to drain his 15-footer for birdie at 18.