Six-time World Snooker champion Ronnie O'Sullivan believes that Phil Taylor should be regarded as one of the best sportsmen that Britain has ever produced. 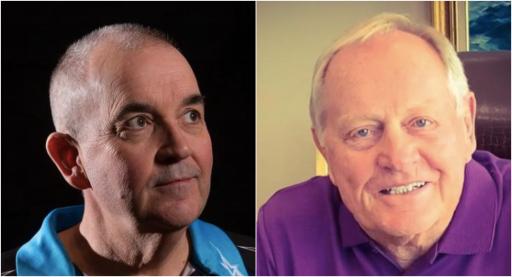 It is not often that you hear Ronnie O'Sullivan, Phil 'the Power' Taylor and Jack Nicklaus in the same sentence, but it is when you speak to the six-time World Snooker champion about his favourite ever sportsmen.

Speaking ahead of the start of his season, O'Sullivan is entering his 30th year as a professional snooker player having first appeared on the scene in 1992.

It is fair to say that the Rocket is arguably one of the best and most skilful sportsmen that Britain has produced, but he believes that Taylor should be highly rated in sports history as well.

"I've got to say, Phil Taylor would be right up there. I know some people don't classify it as an athletic sport, but if Phil Taylor played golf, he'd have been chasing Jack Nicklaus' record of 18 majors by now," said O'Sullivan, speaking to Eurosport.

"Coming from a longer distance background, I obviously have a lot of admiration for world-class runners like Kenenisa Bekele, Eliud Kipchoge and Haile Gebrselassie.

"Tiger Woods, Michael Jordan, Tyson Fury..there are some phenomenal sports people out there."

O'Sullivan names many sportsmen here who have big personalities and who have built a large fan base over the years, and he is no exception to this himself.

He has won a total of 37 ranking titles in his career and has made a staggering 15 maximum breaks, which have thrilled so many spectators and fans in his 30 years on the World Snooker circuit.