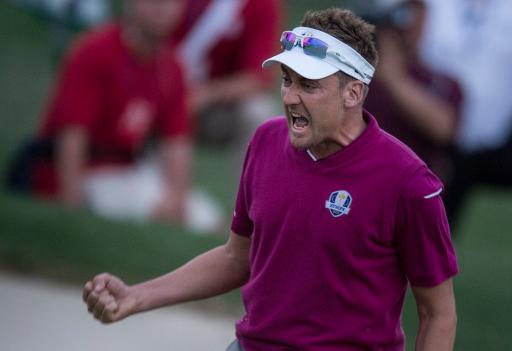 Ian Poulter has revealed how it's a "massive goal" of his is to play his way into Thomas Bjorn's European Ryder Cup side at Le Golf National this September.

Poulter, 42, has played in five previous Ryder Cup matches (winning four of them) and holds an enviable 12-4-2 record.

The Englishman has been living life in the fast lane of late, returning to his best with playoff victory at the Houston Open last month, and he's ready to keep his foot on the gas as the big events come thick and fast, starting at this week's Players Championship where he finished tied second last year.

“It’s a massive goal,” said Poulter, who went to Hazeltine in 2016 as vice-captain.

“I know what I need to do to make the team, and that is play consistent golf throughout the summer. I need some big finishes, and I know I'm one week away from obviously securing that spot.”

Once as high as fifth in the world rankings, Poulter tumbled to 207th early last year, but he’s back up to 26th.

Making the Ryder Cup team continues to motivate his rise.

“I'm focused and determined to do it,” he said.

Poulter currently sits eighth in the world points list of the European Ryder Cup rankings, but you have to believe on current evidence, he would at the top of captain Bjorn's list for a wildcard pick should he need one.