Ian Poulter responds after marshal claims he was abused 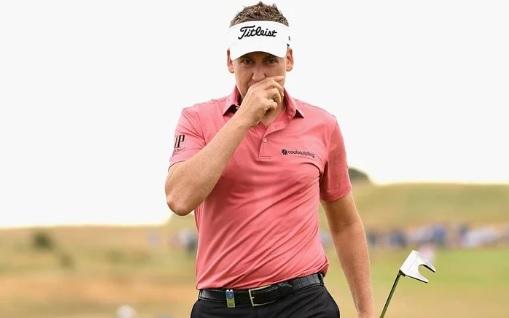 Ian Poulter has taken to his official Instagram page to respond to a course marshal's allegation that he was abused by the Englishman on the first hole at the Scottish Open.

Quintin Jardine tweeted a link to a lengthy blog post on Saturday, which he says is the text of a letter he wrote to the Scottish Open tournament director.

He wrote the folllowing:

I did some volunteering at the Scottish Open this week. The vast majority of tour professionals are gentlemen. Some are more communicative than others, but in the main they’re gentlemen . . . with the odd exception.

I have been advised by the tour office that you are the best person to receive this message. I am one of dozens of volunteers who have been contributing to the success of the Scottish Open. I don’t do it for the meal vouchers or the shirt, but to help my golf club make the event a success, and for the benefit of my home village.

I certainly don’t do it to be abused by a competitor.

I was marshalling at drive distance on the first hole, positioned in the rough on the left  of the fairway, when I saw a hooked drive disappear into the base of a bush not far from me. My colleague on the other side crossed the fairway and confirmed that it was visible. He left and I stood and waited for the player. It turned out to be Mr Poulter, who arrived in a shower of expletives, and asked me where his ball was. I told him and said that I had not ventured into the bush for fear of standing on it. I wasn’t expecting thanks, but i wasn’t expecting aggression either. He told me in essence that I should have, his reasoning being that if I stood on the ball it was a free drop, whereas if he did it was a penalty. As it happened the ball was visible, he contrived  a stance, and wedged it on to the fairway. But he wasn’t finished, he came back at me and said again that next time (there won’t be) I should go straight in there feet first. This was witnessed by one of the TV guys, who told me that I had done nothing wrong, (I knew that) and that this was typical of Mr Poulter’s behaviour.

Basically I take no shit from no man. Industrial language doesn’t bother me, but truculent aggression does. Marshals are instructed in their briefing not to speak to players, unless spoken to. By the same token I believe that the only thing players should say to marshals is ‘Thank you.’ I know that the vast majority do.

My first inclination was to do no more that slaughter Mr Poulter on my blog and Facebook page, but now I feel that I have a duty on behalf of all the other volunteers to bring the incident to the Tour’s attention. I’m not asking for him to be fined, because I don’t see the point of that. However I would like him to be reminded that even though most of the world knows you’re an arsehole, there’s no need to go proving it to the rest. I will take his apology as read, but if he wants to make it in person, I’m not hard to find in Gullane.

Poulter then took to Instagram in response about the incident...

Poulter finished tied 30th at the Scottish Open on 9-under and 11 strokes behind eventual champion Brandon Stone who raced home for victory with a final-round 60.