Muni He is the newest Chinese golfer to breakthrough on LPGA Tour. 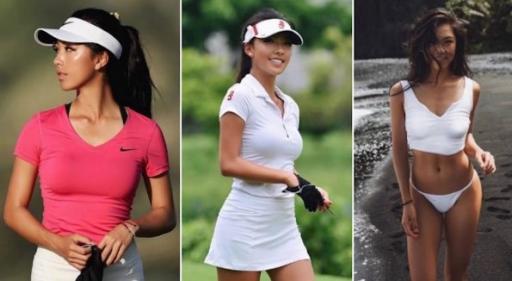 Instagram sensation Muni He has earned her LPGA Tour card for 2019 after coming through a gruelling Q-Series last week.

He, a former USC standout, won on the Symetra Tour earlier this year and finished tied 27th at Q-Series to earn LPGA membership.

Also known as "Lily" He, the 19-year-old advanced along with China’s Jing Yan and Xiyu Lin, who reclaimed their LPGA status. Ruixin Liu will join He as an LPGA rookie next year after becoming the first Chinese player to win the Symetra Tour money title this season.

Shanshan Feng might be the highest ranked and most accomplished LPGA player from China, but He’s 161,000 Instagram followers dwarf Feng’s 4,000 followers.

Paige Spiranac may lead the way when it comes to ladies golf posts on Instagram with a whopping 1.5 million followers, but He is gaining ground quickly. Spiranac last week posted a huge update on her split with PXG, and her new plans to go independent in 2019. WATCH HERE.

Check out some of He's posts below...

Don’t need a fancy dinner or expensive presents, this birthday has been the best one yet feeling bliss

a love hate relationship with the game that drives me crazy, yet we still come around every time and keep on going. #thegrindisreal #gotime

break my heart and I’ll come for your soul

learn how to play a player boy