Jason Day tells GolfMagic: "At the end of some more hard work will come the masterpiece that is a victory"

EXCLUSIVE: Jason Day on his season struggles and how Nike Golf is changing the sport of golf. 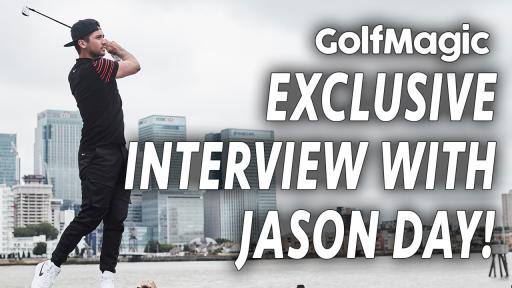 Jason Day might not be firing on all cylinders right now, but he knows it's just a matter of time before he does.

Speaking exclusively to GolfMagic Editor Andy Roberts at Nike Town London just hours after returning from the Open Championship in a tie for 27th, a frustrated Day expressed a burning desire to get back to winning ways as quickly as possible.

Especially with pots of gold to play for before all is said and done this season.

The world number six also addressed his love for style and fashion on the golf course, reflected none better than showing off his fancy new Nike Jordan hi-tops to the world at Royal Birkdale last week.

Watch our exclusive interview with Day below...

"I had a couple of good rounds and a couple of bad rounds. It would have been nice to piece four rounds together, but to be honest, coming over here and playing in the Open Championship is something that I really enjoy. It's not something that we usually typically get in America where I play.

"To be able to play Royal Birkdale and go and see towns such as Southport it's really kind of unique for us, so I'm happy to come over here once a year and experience that."

With just two top-five finishes this season without a victory, Day, a little like McIlroy, is determined to finish the season with a major positive.

"It's not been the greatest year to be honest," said the Australian.

"It wasn't the greatest start and it really hasn't kicked on from there. I'm really just trying to get back and work as hard as I can, and hopefully things will start to turn around.

"I know they will, you've just got to be patient. You've always got to focus on the good things and do the little things that piece into a big puzzle. Hopefully at the end of the hard work comes the masterpiece which is a win."

Should a win arrive in the next couple of weeks, Day will turn a lacklustre season into a memorable one given the stature of tournaments coming up.

"I've got a week off coming up and then I've got the WGC and the US PGA at Quail Hollow," said Day. "This is coming in to a really busy end to our schedule.

"Obviously winning back in 2015 and finishing second last year. Quail Hollow is a golf course I really enjoy playing. I haven't played the actual tournament there for a while, but I've had good finishes at the course before. Hopefully I will give myself a shot at winning it again."

While Day might not have set pulses racing with his performance at Birkdale last week, he certainly did with his choice of Nike Jordan hi-tops footwear last week.

"It's nice to able to voice your opinion on what you think would look good or what you want to try and improve," said Day.

"A company such as Nike turns around and goes 'you know what we're going to talk to the team and try and make you better', that's really what they ultimately want to do is to help the athlete perform their best.

"On the broader spectrum of golf, the sport has been always kind of been very you get what you see in terms of golf apparel. To be able to be out there at Birkdale in jogger pants and hi-tops was pretty cool, and unfortunately nobody saw the polo I was wearing because it was an outerwear piece as it was a little bit too cold to pull it off, but the polo was a really cool piece to show people out there.

"It's been a fun experience being able to work with Nike Golf the past year and for years to come. I'm looking forward to seeing what kind of way they go with this lifestyle brand in regards to the golfing spectrum."

Jason Day was talking at the Nike London Golf Club in Greenwich. For more information about Nike Golf apparel and footwear visit www.nike.com