Jeongeun Lee6 wins US Women's Open, Hank Haney then brags about it...

Hank Haney gets suspended from PGA Radio duties for US Women's Open comment, then brags about his prediction following the result... 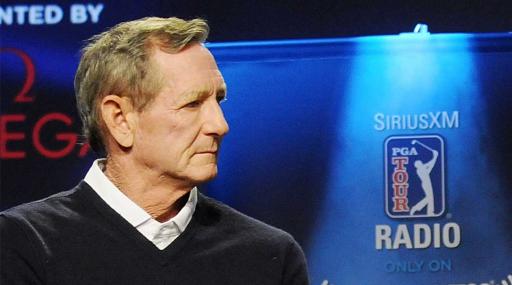 Jeongeun Lee6 clinched her maiden major title with a two-stroke victory at the US Women's Open, just five days after Tiger Woods' former coach Hank Haney was suspended from the PGA Tour radio for mocking that a "Korean" and someone with the surname "Lee" would win the tournament.

Lee6, 23, closed with a 1-under 70 to see out victory over Ryu So-yeon, Lexi Thompson and Angel Yin.

The '6' in her name comes from her being the sixth player with the name on the Korean LPGA, and she has since embraced the number by answering to it and writing a large '6' on her golf balls.

The biggest talking point surrounding the US Women's Open had been the shocking comments from golf coach Haney, who was suspended 24 hours after his PGA Tour SiriusXM radio show.

When asked by co-host Steve Johnson as to his thoughts on the tournament, Haney spoke before he thought.

Following Lee6's maiden major victory, Haney took to social media to once again apologise for his actions while congratulating the new champion - albeit spelling her name wrong in the process. He then even bragged that he had been correct in picking the winner...

My prediction that a Korean woman would be atop the leaderboard at the Women’s US Open was based on statistics and facts. Korean women are absolutely dominating the LPGA Tour. If you asked me again my answer would be the same but worded more carefully.

Congratulations to Jeongeun Lee6 on your great win at the US Women’s Open. I knew you’d win. Who’s The Great Predictor now Steve Johnson @steveyrayj