In a recent interview with the Daily Mail, Justin Rose reveals that the proposed Premier Golf League is being discussed in the locker room on Tour. 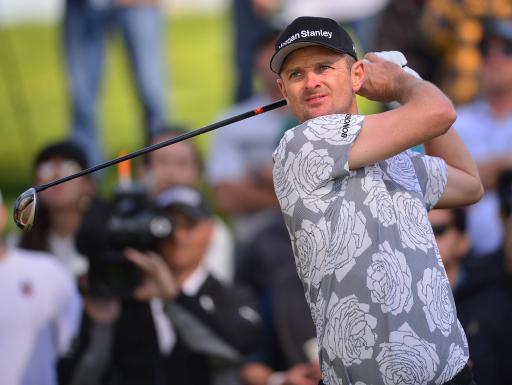 The proposed Premier Golf League is certainly causing a stir right now, with many of the world's top players saying they've been approached to discuss the idea and no player has really said that they're against it. The latest player to have his say is former world No.1 and Olympic Golf Medalist, Justin Rose.

The possible shake-up would be funded by Saudi money and would see the world's best players compete in an F1 style format, battling it out for millions of dollars.

There would also be prizes for teams as well as individuals, something that could add a new element of excitement to the game, although there are many pros and cons when it comes to the Premier Golf League.

In a recent interview with the Daily Mail, Rose became the latest player to have his say and the 2013 US Open champion revealed that the topic is being talked about by the players behind closed doors.

"It's increasingly becoming talked about in the locker room," said Rose.

"Two weeks ago, I don't think anyone knew too much about it apart from a few top players who had been approached. Now a few lids are coming off, which is a good thing, because it needs to come to a head.

"There are a lot of incentives for the guys to be interested."

Players like Dustin Johnson, Phil Mickelson and of course Tiger Woods have all stated that they've been contacted to discuss the proposed Premier Golf League, but Rose believes there's a lot more to it then a yes or no from the biggest stars in the sport.

"What it boils down to is a redistribution of the economics in golf, the media rights and all that, in favour of the most marketable players," he said.

"Format-wise, it would draw all the top players together each time and we'd all like that.

"But, as we all know, it's not that simple. Hundreds of questions need answering and right now they're not being answered very quickly.

"I think a few players are keen but you need a critical mass. I'm hedging my bets right now, for sure. I've got my manager doing all the listening for me.

"I don't see half the players going and half staying. It would have to be an all or nothing situation. But how do you get to that point and is that point even the right one? Would it be a better offering for fans, players, for the game itself?"

Rose, who currently plays on both the European and PGA Tour, thinks that the schedule that would come with the Premier Golf League would be an incentive for not only himself, but other international players.

"The proposed schedule is certainly attractive for me. Right now I play on the European Tour at the end of the year, and I come back the following year to play the PGA Tour and I'm always playing catch-up on the guys who stayed in America.

"So it would suit a lot of the international players but then you've got the loyalty question to the two established tours who have been so good to so many of us.

"There's an awful lot to weigh up. Conceptually, I can see the value. In reality, there is way too much that needs to be answered before I even have an opinion."

Previous
Koepka on Reed: "He was building sand castles in the sand"
Next
WGC-Mexico Championship: Groups & UK Tee Times