Life on the PGA Tour without fans is making it harder for Justin Thomas to stay focused. 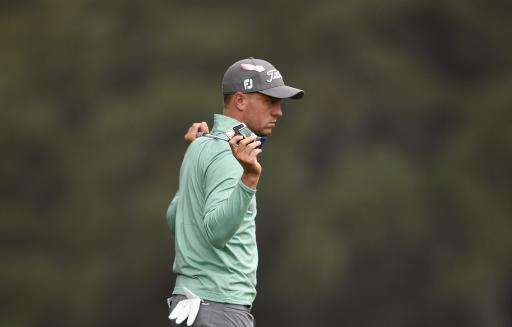 Justin Thomas has revealed that playing on the PGA Tour without thousands of fans cheering him on is making it difficult for him to find his "killer instinct" that made him one of the best golfers on the planet.

A lacklustre back nine at Sherwood Country Club led to Thomas losing out on the ZOZO Championship by one stroke, with winner Patrick Cantlay surpassing the overnight leader with his 7-under par final round.

Thomas didn't solely blame the lack of atmosphere for his performance on Sunday and said there were many things that went wrong, although the World No.3 made it clear that playing in tournaments without fans is having an affect on his mental attitude on the course.

"I've got to find a way to kind of just stay a little bit more focused out there," Thomas said. "It's crazy, but sometimes it's hard to just keep the killer instinct and stay in the zone when it's as quiet as it is out there.

"It's tough, but we're all dealing with it and I just have to find a little bit better way with how to cope with that here in the next couple weeks because I've got a huge event on a course that I love.

"I feel like I'm playing well and I feel like I should have a great chance to win. A lot of positives this week. I can't look at it as a bad week, but it is upsetting not getting it done."

Fans haven't been able to enter a PGA Tour event since The Players Championship, which was cancelled after the first round in an attempt to slow the spread of the coronavirus.

At this year's Houston Open, which takes place just a week before the Masters, we will see a return of spectators where there will be a maximum of 2000 fans permitted per day, something that not every player is comfortable with.

RELATED: Phil Mickelson "doesn't like the risk" of 2000 fans in Houston before Masters

Although Thomas is finding it difficult to play without crowds, the 27-year-old admitted his game wasn't strong enough on Sunday to get the job done and seal what would have been his 14th PGA Tour title.

"I just didn't play very well," Thomas said. "It's unfortunate because I feel like I usually could have shot five under out there. To play the par-five's in one under is just unacceptable if you're trying to win a golf tournament. I fought like hell, I fought as hard as I could, I just didn't have my best stuff. But I think if I birdie 16, I win the golf tournament.

"Making one birdie my last 12 holes out here, shooting even par on the back nine, playing the par-five's in one under, you can name a lot of things. But I know I made a lot of really key putts when I felt like I needed to.

"Those putts on 12 and 13 were huge to keep myself in it, and even on 16 I still had a chance. But again, it just sucks when you're right there and you don't get it done, but hopefully I'll learn from it to where it won't happen anymore."