Justin Thomas is prepared to hear plenty of trash talk from Tiger Woods' son Charlie at the PNC Championship. 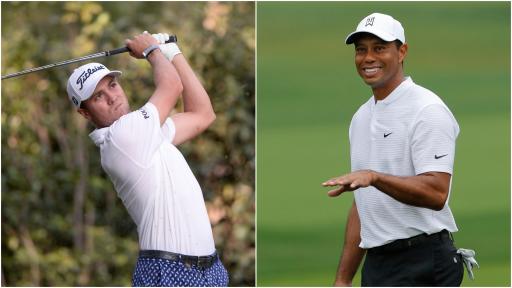 Justin Thomas and his father will take on Tiger Woods and his son Charlie as they enter the PNC Championship in a few weeks time and Thomas said that he is prepared to hear plenty of trash talk from the promising youngster.

The event features 20 major champions and winners of The Players Championship alongside a family member and Tiger Woods and his 11-year-old son Charlie could be the team to beat.

RELATED: Social media reacts to video of Tiger Woods and son Charlie on the range!

This week, Thomas returns to the PGA Tour as the favourite to win the Mayakoba Golf Classic and speaking to the media ahead of the event, Thomas had this to say about facing Charlie in the event.

WATCH THE CLIP OF THOMAS IN THE VIDEO BELOW:

"Although he's never beaten me in a golf or putting contest, he still talks trash just like his dad," said Thomas.

The PNC Championship will be televised on NBC Sports, Peacock and Golf Channel and so far the field consists of: