We thought Phil was giving us a new golf tip, but we were very wrong... 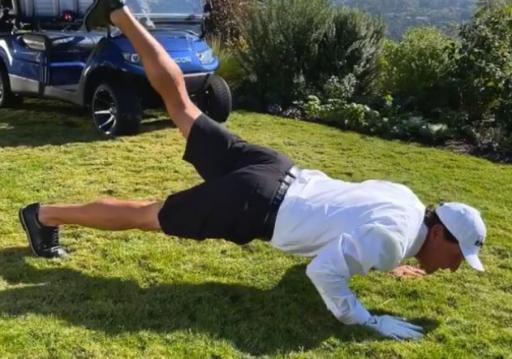 Golf fans around the world are loving Phil Mickelson's latest Instagram video, where he looked as though he was providing his followers with a new golf tip, but in fact was giving us all a dance lesson...

This man can do it all can't he? Turning 50 hasn't slowed Mickelson down in the slightest and going by these moves, he's got plenty left in the tank.

The video starts like another quick instruction clip that Mickelson has done in the past, stood there in his Mizzen and Main shirt, with a golf cart behind him and a golf club in hand, but after a few seconds we see that this is no golf tip we are being treated to.

"Does Phil ever have a bad day, he hits bombs wins matches with 350 lb teammates does the worm in a dress shirt and has a 100% win rate on the Champions Tour," said one golf fan.

"Buddy really brought his golf cart in the lawn for this video and everything," said another.

Last week, Mickelson teamed up with basketball icon Charles Barkley as they beat Stephen Curry and Peyton Manning in the third edition of The Match, whilst raising $5.455 million for the advancement of HBCUs.

It was an emphatic win for the duo, who were the underdogs in the event due to Barkley being a part of the team (no offence, Chuck) but it was a sominating performance that saw them win 4 and 3 at Stone Canyon.