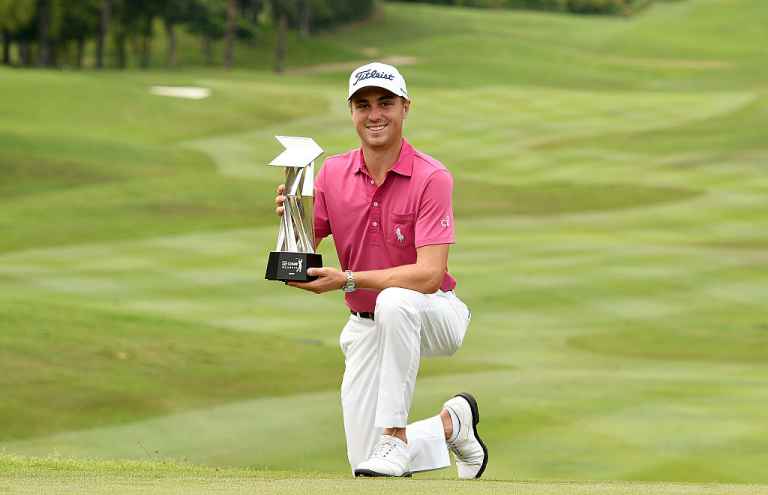 Thomas, 23, becomes the first player since Matt Every (2014-15 Arnold Palmer Invitational) to successfully defend a title on the PGA Tour.

India's Anirban Lahiri led by four shots heading into the final round but made a nine on the par-5 five third to hand the initiative to Thomas, who went on to seal a three-shot victory over Hideki Matsuyama on 23-under.

The American, who narrowly missed a Ryder Cup pick in Davis Love's victorious side last month, used his new Scotty Cameron X5 Prototype to devastating effect at Kuala Lumpur GC by leading the field in birdies with 29 and ranking fourth in putts per green in regulation with 1.625.

Thomas, who has been a blade user the majority of his career, is now using the X5 mallet as he prefers its forgiveness and stability.

Justin Thomas: In the bag