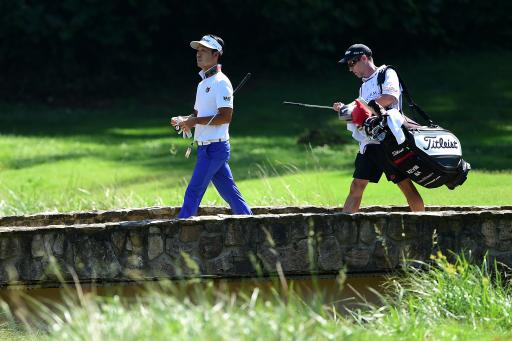 Kevin Na might be one of the slowest players on Tour, and well, his dispute with his caddie Kenny Harms at his final hole on day one of the Fort Worth Invitational didn't exactly speed things up a great deal.

However, despite their mini dispute over the shot selection out the rough for Na's second to the par-4 ninth, across the water, Na went with his gut against his caddie's orders and then went on to chip in for a birdie-three and sole possession of the lead on 8-under par.

Na wanted to go for the green, while his caddie wanted his man to lay up short of the water. Watch what happened below (scroll through for the videos)...

Na talks more about the incident below...

Na leads by one after 18 holes over compatriot Charley Hoffman.