RIP Peter Alliss - one of the greatest golf commentators to have ever graced our TV screens. 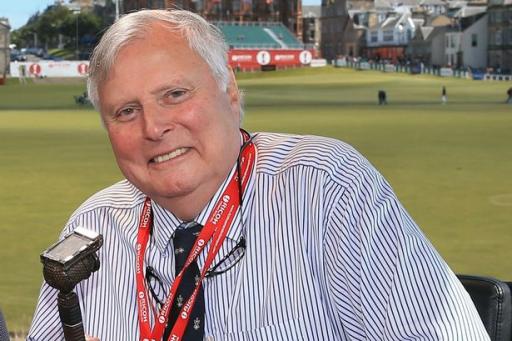 Legendary BBC Golf commentator Peter Alliss has died at the age of 89.

Alliss, known to golf fans as the 'Voice of Golf', had commentated on golf for the BBC ever since 1961.

Legendary BBC golf commentator and former golfer, Peter Alliss has died at the age of 89.

Known as the 'the voice of golf', he has been synonymous with the BBC's golf coverage for more than half a century.

Our thoughts go to his family and friends at this sad time.

He then became the lead commentator for the channel in 1978 after he retired as a player.

Alliss typically brought lots of humour and fun to his commentary for the BBC, and he will be sadly missed in the sport at large.

He reeled off many funny lines during his commentary, but this one will live longest in our memory:

RIP Peter Alliss the voice of golf - here’s to one of his funniest moments pic.twitter.com/hr039rCPBy

According to a statement from Alliss' family, his death was "unexpected but peaceful."

"It is with great sadness we announce the passing of golfing and broadcast legend Peter Alliss," said Alliss' family.

"Peter was a devoted husband, father and grandfather and his family ask for privacy at this difficult time."

Director of BBC Sport Barbara Slater said: "Peter was the voice of golf. He was an absolute master of his craft with a unique ability to capture a moment with a magical turn of phrase that no one else could match."

Alliss was not only a superb golf commentator, but also an exceptional golfer, too, as he won 31 tournaments and also competed in the Ryder Cup eight times when it was contested between Great Britain and the United States.

Deeply saddened to hear that Peter Alliss has passed away. A wonderfully witty and truly brilliant commentator. Golf will never be the same. #RIPPeter

In 2012, Alliss was inducted into the World Golf Hall of Fame in the Lifetime Achievement category.

Our thoughts are with Alliss' family and friends. RIP Peter Alliss. One of a kind.