Leonard rips into Reed after Ryder Cup: "I don't see how you pick him" 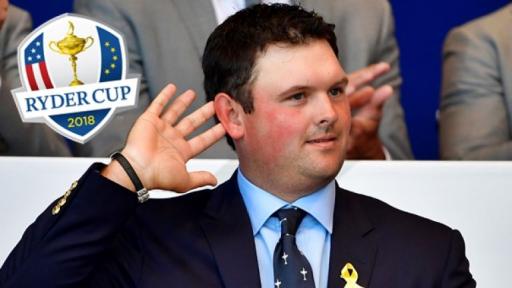 Patrick Reed is losing friends by the day it seems following his behaviour as a US player at last week's Ryder Cup.

Reed hasn't held back since the United States got trounced 17.5-10.5 to Europe at Le Golf National on Sunday, taking aim at captain Jim Furyk and team-mate Jordan Spieth. That's since been countered by an anonymous US player explaining how Reed is "full of shit" and how he "practically begged to play with Tiger Woods."

Now three-time US Ryder Cup veteran Justin Leonard - the man who holed THAT putt at the 1999 Ryder Cup - is getting involved on Reed's fallout in the American camp.

Speaking on the latest episode of the Golf Channel podcast, Leonard broke down the various ways things went wrong for Furyk's side, from the lack of course knowledge to the underperforming nature of some of the picks.

But the focus eventually landed on Reed, whose divisive comments about how things transpired in Paris left an impact.

"I don't remember anybody really burning bridges the way Patrick Reed has, the night after and the next day after the Ryder Cup," said Leonard. "It's a first for me."

Reed entered last week with a 6-1-2 career Ryder Cup record, and was expected to be a key contributor for Furyk. Instead he went 1-2, losing a pair of fourball matches alongside Woods and winning in singles after the fate of the Ryder Cup was already decided.

He still found time to 'shush' the Europeans, much to the distaste of world famous golf coach and commentator Butch Harmon.

Regardless of his past form at the Ryder Cup, Leonard believes it will be hard for any captain to hand Reed a wildcard pick should he need one in 2020 or beyond, simply because of his behaviour.

"I mean, if he's sitting on the fence of making a team, I don't see how you pick him to be on your team at this stage unless he really does a lot of work the next couple years, between now and Whistling Straits, to mend some of those relationships, and ask for forgiveness and be contrite and do all the right things."